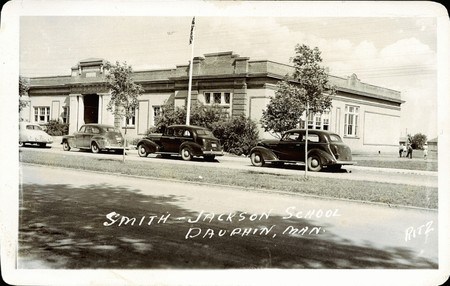 Our school has an interesting history. It takes its name from Mr. William Smith-Jackson who was born in Peel County Township, Ontario in the year 1845. He moved to Dauphin and built his first home on the corner of Third Avenue and Main Street South West. He was very active in the community and served as chairman of the Dauphin School Board from 1902 to 1910. In his later years he ran a Real Estate Office. Mr. Smith-Jackson died in Dauphin on February 8, 1918.

Smith-Jackson School was built in 1921 and named after him. This original school was built facing West onto Main Street between Seventh and Eighth Avenues South East. The old school was torn down and a new building was erected on the same piece of land which opened in January 1988. This time, however, the school faces 1st Street South East between Seventh and Eighth Avenues South East with its playground area extending back to Main Street. 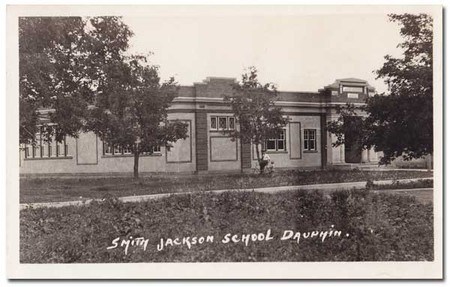